Blu cigs are they safe? 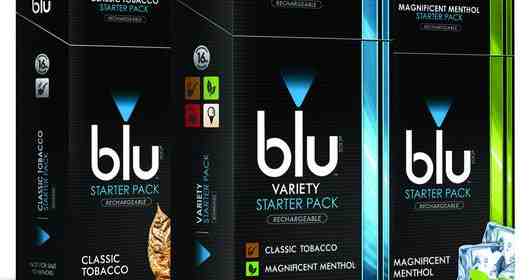 Blu cigs are truly set to be one of the leading names in electronic smoking. The global e-smoking industry is growing rapidly with ever more smokers making the switch from tobacco products to Blu cig products. The corporate dominance of this new industry seems to be on the rise. The third-largest U.S. tobacco company, Lorillard Inc, last year acquired Blu electronic cigarettes, which make up about one-third of the electronic cigarettes sold at U.S. convenience stores. Blu electronic cigarette is a major player in the European market as well. Blu e cigs are seen and readily available to buy in most tobacco outlets.

Now with Blu practically owned by Lorillard Inc, there is sure to be a mass cash injection which will be spent on product development and advertising. Making Blu e-cigs a major player in the industry and a future household name for sure.

Blu have a wide range of products: electronic cigarettes both re-usable and disposable, portable pack chargers and USB/mains adapters, as well as a few different vaporizers. But are blu e cigs safe?

The Blu e cig cartridges are expensive and a large profit is made on each one sold. The bottles of e-liquid are also very expensive with a 10 ml bottle setting you back around 4.99 GBP and around $7US. This is completely unfair as it is possible to make your own e-liquid for as little as 20 cents per 10 ml bottle. The raw ingredients are freely available to buy online. The more people that find out how to make their own liquid and start producing it for themselves the better! This will force these extortionate corporate prices down and will potentially spread out the wealth from this industry. Instead of it going into greedy corporate pockets.

Blu has a good range of products, with variable amounts of nicotine in them and a range of vaping devices, blu e liquids and accessories. Although the prices are way too high! Especially on blu e liquid. The buying power of Lorillard Inc allows them to purchase huge quantities of the raw ingredients: Propylene Glycol, Vegetable Glycerin, nicotine and flavorings, this is all that is required to make blu e liquid.

When these ingredients are bought in bulk they cost practically nothing, a bottle of juice for a big manufacturer will cost literally just a few cents to make. So stop paying over inflated prices! make your own and sell it to your friends. You can start your own business and make your own money.

The Blucig and Blu vaporizers are actually really good, using them I have managed to almost quit tobacco completely, however vaping with Blu has not been plain sailing. I have experienced a number of problems with Blu devices and had some worrying medical side effects as well. When using Blu products I noticed that sometimes I would get quite a severe headache. The headaches were strong enough for me to question using Blucigs, but I continued anyway. A number of friends had also told me that they would sometimes get headaches when vaping as well, so I was not alone experiencing this symptom.

I have been vaping now for over 5 years, I have quite a lot of knowledge on the subject but these headaches were really bugging me, I mean I much prefer vaping to smoking tobacco for many reasons but these vaping headaches were starting to put me off. So I began to look at my actions what could be causing the Blucig headaches?

I realized that I had the Blucig puffing in my mouth a lot! like every 30 seconds I would vape and figured this probably has something to do with it, was my brain not getting enough oxygen? Or something like that, well I am not a doctor so I can’t be sure. I changed a few things, tried to vape less having much longer periods between puffs. This seemed to work a bit but I would still get headaches just less frequently.

Then I started looking at the strength of my Blu vape juice, I was vaping some of the highest strength juice. I was a serious smoker between 30-40 hand rolled cigs a day, I figured I would need the highest strength I could get but is this what was causing the headaches I wondered?

I started vaping a much lower strength vape juice, about 6mg and after a period of time I noticed that the headaches were no more. So if you are experiencing headaches with Blucigs then try vaping a bit less and vape a lower strength juice. It worked for me and the friends that I told about my findings, so it should work for you if you get headaches whilst vaping.

Headaches whilst vaping can put people off especially with vaping being fairly new, there has not been much long-term research carried out into vaping so it easy to see why people would be concerned about headaches when vaping, I had a long period of headaches but I changed the way I vaped and the headaches went. There is no reason why this advice would not work for you as well.

All vaping devices use heat to vaporize e-liquid. This heat produces an aerosol or vapor, which you inhale. Problems linked to the battery and hotplate getting too hot are caused by several means. This is dangerous and can possibly lead to the battery exploding causing harm.

The lithium ion batteries contained in e-cigs and vaporizers has an optimum operating range. If the battery is to cold performance is effected resulting in a shorter battery lifespan and less vaping!

If the battery gets too hot and reaches temperatures above 45-50 degrees Celsius, 113-122 Fahrenheit. A volatile reaction can occur causing a small explosion and potential injury.

The other way that Blu batteries can over heat is from overuse. This is common when people are trying to quit smoking tobacco using a Blu e-cig or vaporizer. Quitting tobacco is hard and replacing this habit with a vaping device is difficult.

My constant puffing caused the battery to get very hot. There is an in-built safety device if the battery starts to get too hot. This did not stop me from at times burning my lips with hot vapor! The burns were not bad but definitely unpleasant. The left sore patches for over a week and caused pain every time I vaped.

Another problem I encountered when using Blu E-cigs is (other than the battery overheating) is burnt lips. First lets start with the e-cig. The e-cig is a smaller more compact version of the vaporizer and there fore has a smaller battery. This battery is useless in cold temperatures! Anywhere near freezing temperature and forget about using the e-cig! You will be lucky to get 15 minutes vaping out of the battery even if it is fully charged.

Another problem with the e-cig comes from the refill cartridges. Although it did not happen very often (maybe 3 or 4 times) sometimes the chamber would get blocked. I was unable to suck any vapor through. So I sucked harder until eventually I sucked a load of un-vaporized e-liquid through the chamber and into my mouth. This was extremely unpleasant and very worrying as all the safety information states that e-liquid is toxic! If swallowed or highly toxic if in contact with the skin!

Are blu e cigs bad for you?

Another problem with using Blu E-cigs comes from over use of the device. There are instructions that state how much you should use Blu products. But it’s very hard to stop puffing the e-cig. Especially when quitting tobacco using a vaping device. This over use can lead to blisters on lips that sometimes would not heal for weeks. The blisters can be very sore and cause a lot of discomfort.

Although frequency of use is outlined I could not find any symptoms that over use could cause in the safety guide. Here are some that I found whilst using blucigs. If you over use Blucigs prepare to get blistered lips, ulcers in the mouth and incredibly bad breath. These are all things that I have experienced and feel that all potential Blu customers should be made aware of. More safety warnings on Blu e-cigs are required and measures should be taken to stop this from happening. If anyone else has experienced similar problems please comment.